A custom workflow consists of a trigger and one or more actions.

GoFormz workflows have two types steps: triggers and actions. The trigger is the event that puts the workflow into motion. Triggers can be internal (e.g. when a user completes a form) or external (e.g. when a new object is created in Salesforce). Actions are what you want GoFormz to do when the trigger occurs. You can string multiple actions together, so the same trigger may cause a series of actions to occur.

Each trigger and action has inputs and outputs:

Inputs and outputs have two other properties that are important to understand:

Here is an example of a simple custom workflow that shows the interplay of triggers and actions, as well as their inputs and outputs. In this example, the custom workflow sends a form PDF and some form data to a Salesforce object whenever a form is completed. 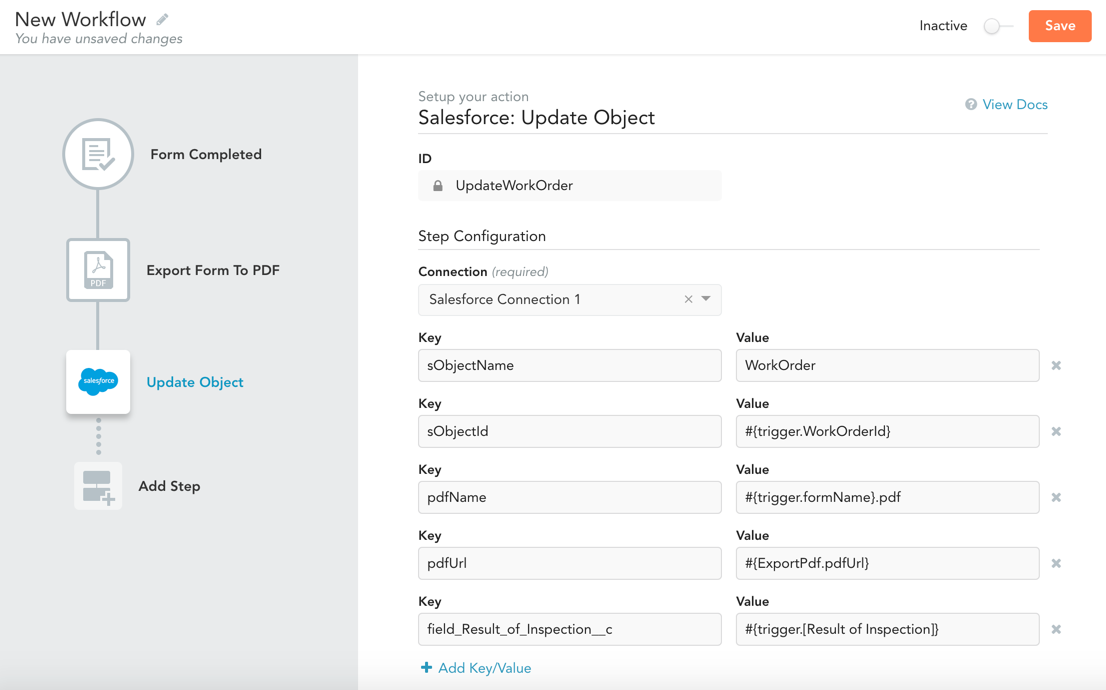